Jacqui's work tends to be beautiful to look at but technically challenging to photograph, and this painting was no exception. On the surface of it, the dark areas appear rich black but to my surprise managed to produce a reddish reflection when interacting with an outdoor overcast diffuse sky, if you know how to check for it (eyedropper). However the light and dark areas are pure layered blues, which is obvious when you backlight the canvas. The solution to this problematic RAW image was to remove the red so as to truthfully reproduce the blue range, but also mask the area of the subject illustration that contains hints of warm brown wood hence naturally reddish.

Here is the setup shot. 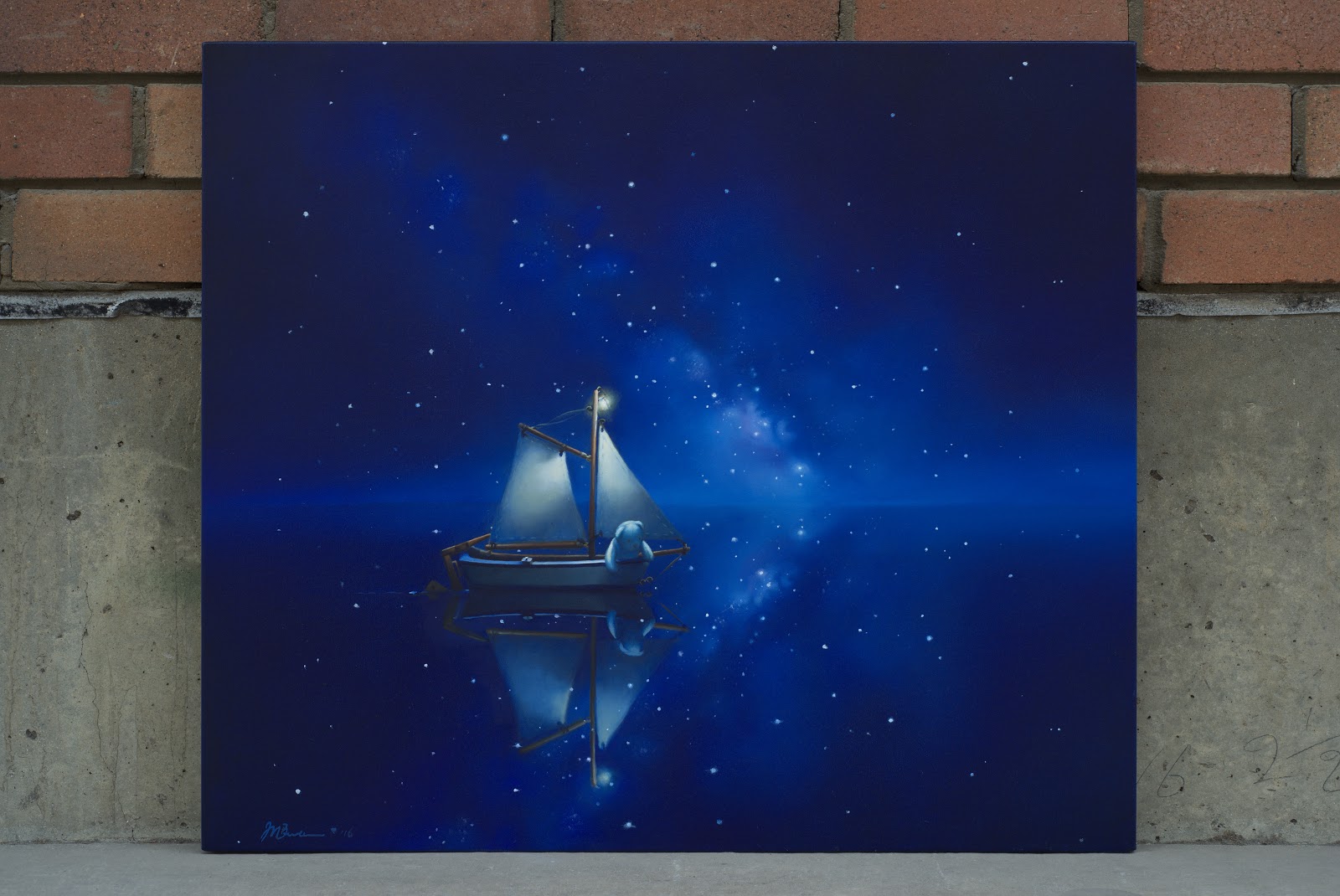 Happy and Sad at the Same Time
blue bear

The following month we had another painting to shoot, The story of Art. This time it was black. As before, we shot it outside, under a consistent sky between two walls in the shade. Then Darktable got us to the next 80 per cent, with basic development in under 30 minutes. But the result at this stage was not right. I choose not to embarrass myself by disclosing how long it took to get to the FINAL image, but it was not pretty. 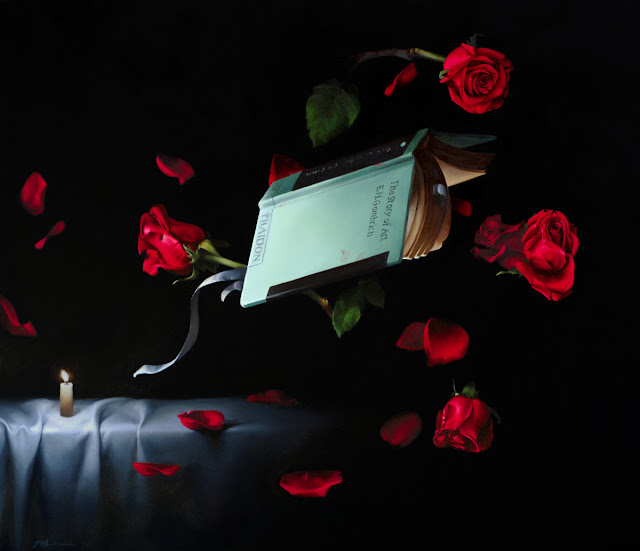 The first problem here was to do with a low contrast between the subjects of the painting and the black background, making it difficult to pop the detailed photo realistic features. A related challenge was to retain the grain of the black canvas after contrast adjustment of the subjects, which has even less contrast. The hard won solution was to fix it in post by separating the subjects from the background into layers, and then treat each element in isolation, going back and forth between Darktable and GIMP until the right balance and detail was reached. The FINAL image has what you expect, realistic and blackish. It also retains subtle details of the canvas grain, rather than getting covered up with 100 per cent black. 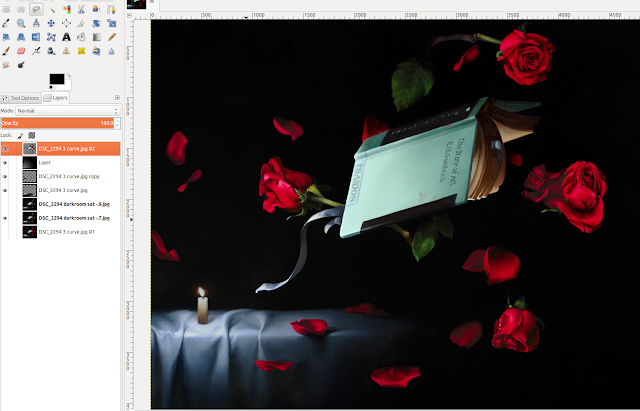 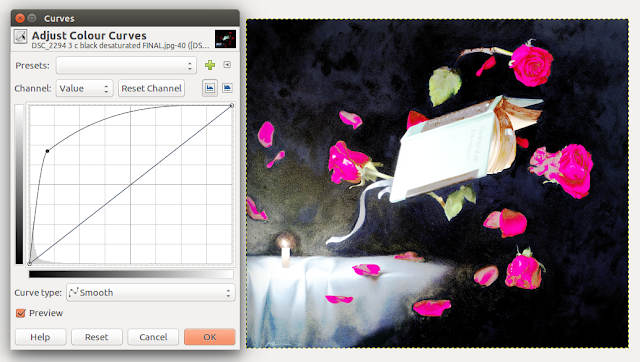