On the value of simple characters

Getting creative with 3D has a striking likeness to play, especially when creating a proto character and coming up with a caption for your Instagram. Using b3d the process can be a breeze, before you get stuck on refinements.

In this instance, it would have taken me under an hour to come up with an arrangement of blocks that resembles a simple robot, and take a few pictures from different angles for creative options down the road. What took a toll at the next step was experimenting with multiplying the character. Why? Because we can. Initially I started with the array modifier and duplicating the resulting lines to fill a square area. Maybe I should have stopped there. The results were OK but I wasn't feeling it. Then I tried using particles as the mechanism for multiplying the images. This was like falling into a rabbit hole for time expenditure. Noticing the apparent potential I had a hunch that it would be a worthwhile method to hone, but only time will tell.

This is a sample of what was produced. 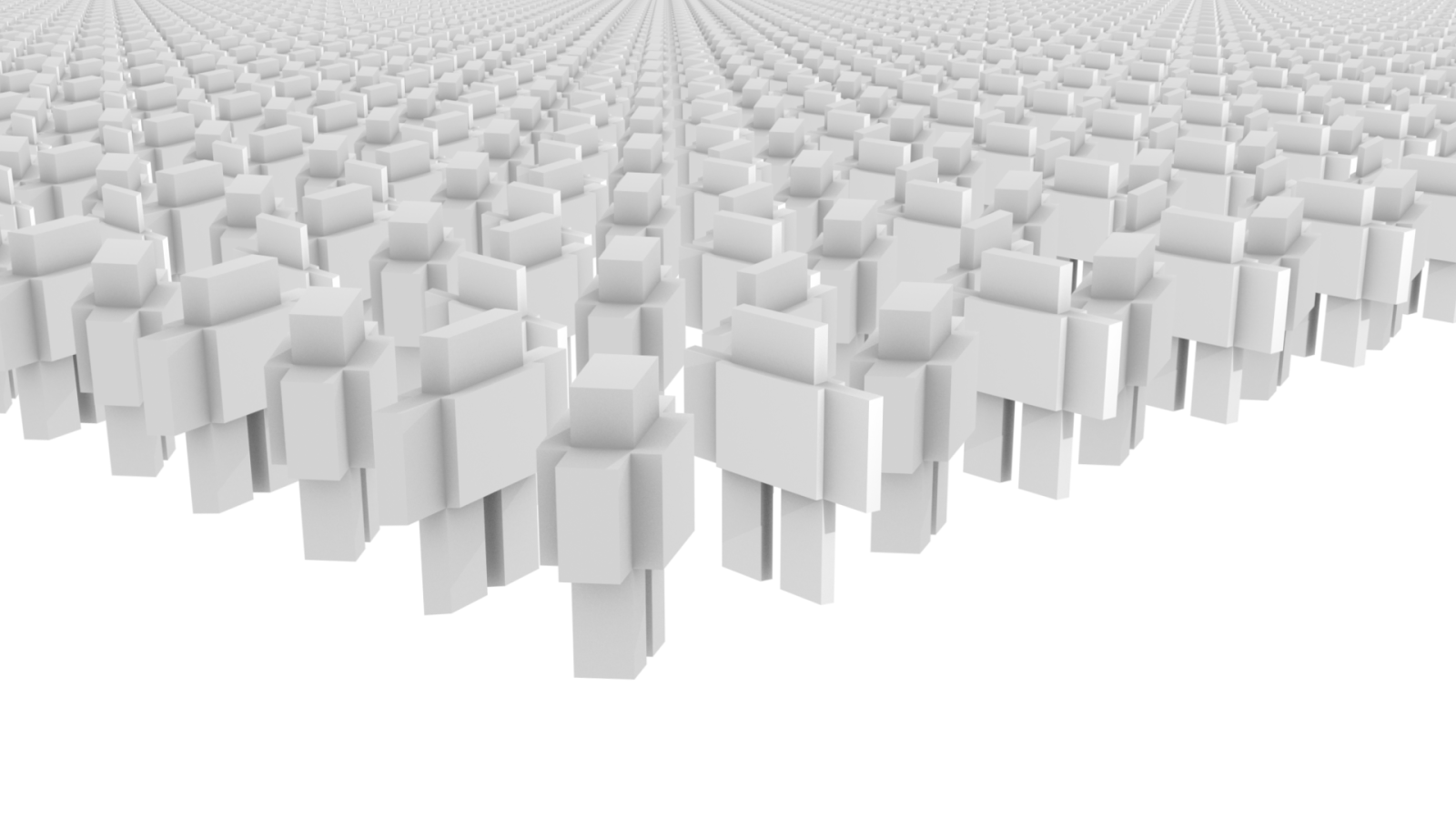 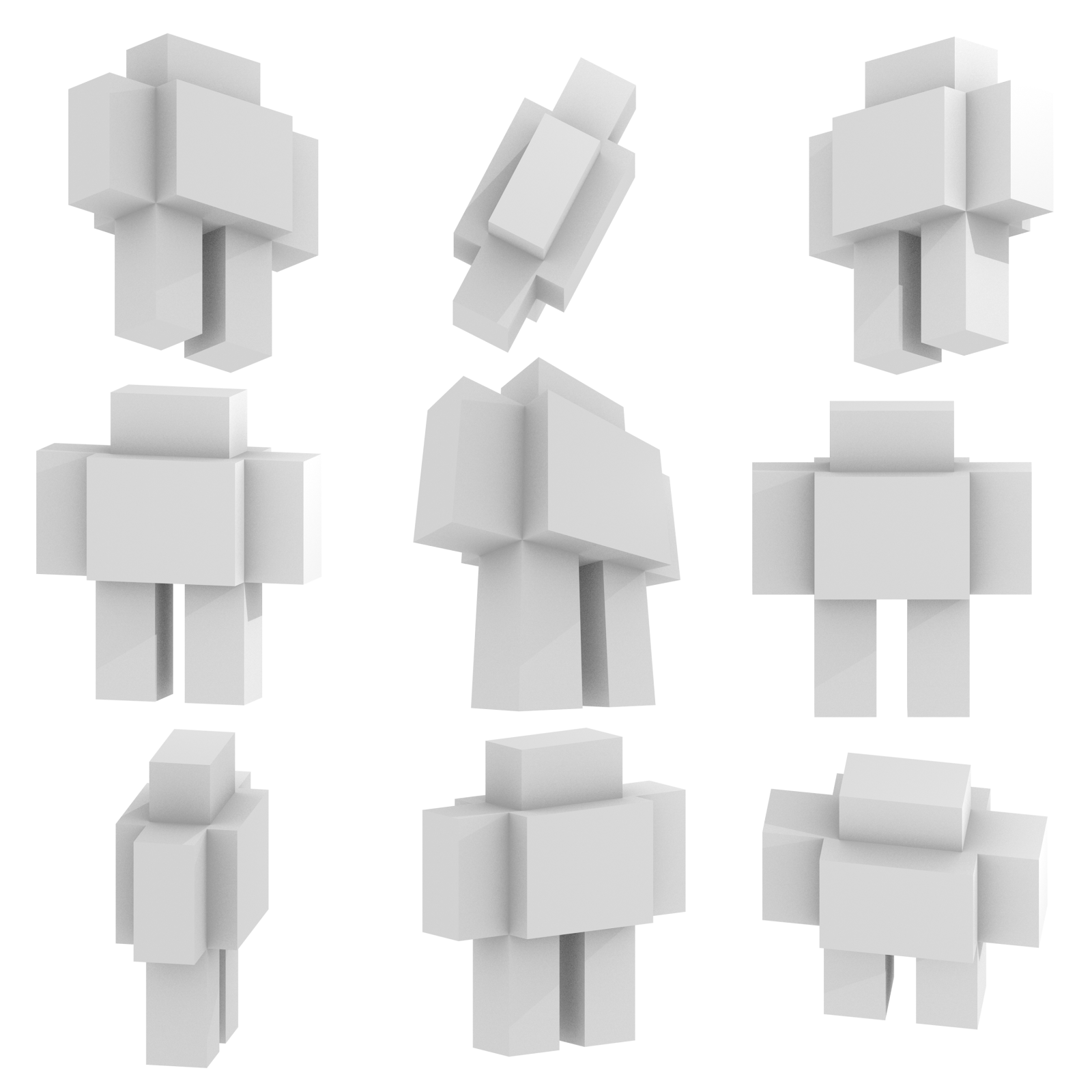